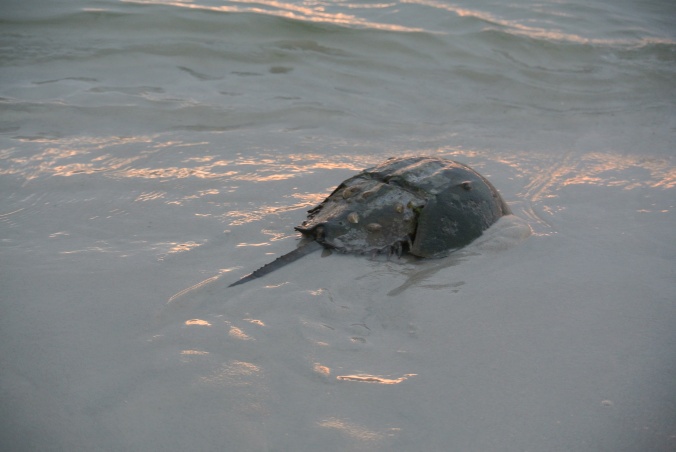 Spring has sprung, and for horseshoe crabs, that means making the journey to beaches along the Eastern U.S. for spawning season. Citizen Scientists like Leena in Moonlight Crab Count will be combing the beaches at night counting the ancient creatures hoping that it is a successful season for the crabs and shorebirds.

Author Jennifer Keats Curtis worked with ecology expert Dr. Neeti Bathala to write Moonlight Crab Count, and while doing research, she and her daughter Max became a Citizen Scientist for a day and here is her story!

As a lifelong Marylander, I’d seen horseshoe crabs but didn’t really know enough about them so I jumped at the chance to work with environmental ecologist Dr. Neeti Bathala so I could learn more! As part of my research, my daughter, Max, and I went to Ocean City, Maryland, to be part of a citizen science project—counting horseshoe crabs. During spring and summer, horseshoe crabs, who have migrated from Mexico to our East Coast, somehow know it’s time to lay to lay their eggs. They come ashore at night during lunar tides, when the moon is full and new. Horseshoe crabs are an important part of the ecosystem and scientists want to know how many there are. People, like Max and me, get to be part of the projects to figure that out.

One warm July evening, we met biologist Steve Doctor and two other scientists at the DNR boathouse and hopped aboard an old workboat. We literally hopped—we used a bucket as a stepladder. 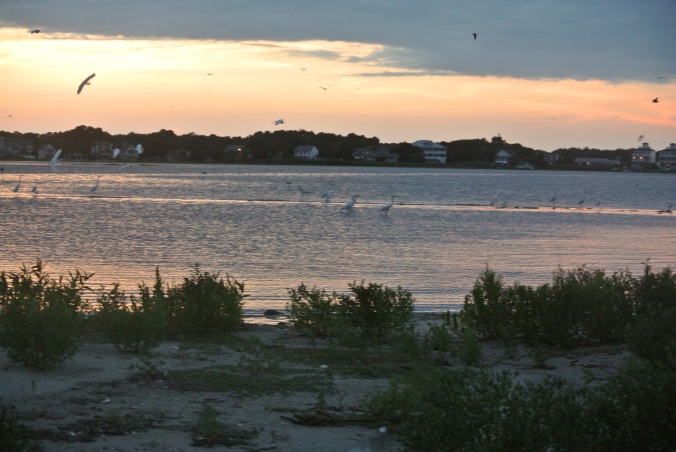 Aboard the boat, we put out to the north side of Assateague Island, which was just a couple hundred yards from the boathouse and just shy of the famed Ocean City boardwalk. Max helped us record some data: 23.2 degrees Celsius, winds at 6 mph. On this island, we saw just five horseshoe crabs, all males. We picked one up and one of the scientists showed Max the “boxers” that make the horseshoe crab a boy. He had slipper shells stuck all over his shell. The little snails were apparently just along for the ride. 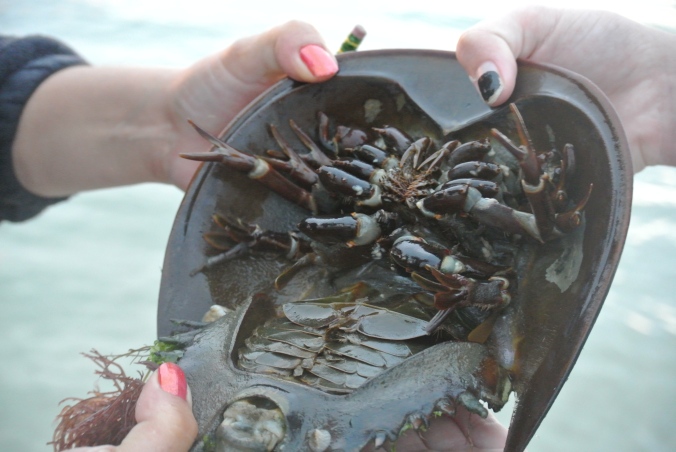 As the sun set, we powered over to Skimmer Island, a coastal island that is home to endangered black skimmers. I was a little distracted by all of the incredible birds here, as well as the full-fledged heron rookery.  We walked around the bend, and there they were—hundreds of living fossils, all coming onto the beach to mate and lay eggs. Max and I excitedly helped the scientists count as many horseshoe crabs as we could. We were thrilled to see so many until Steve told us that typically there are far more. In fact, the beach is usually totally full of horseshoe crabs and that just weeks before, he’d counted 36,000. Well, he didn’t count all of them; he did the math calculating footage and numbers.

When we returned home, once Max had eaten her weight in snacks from Candy 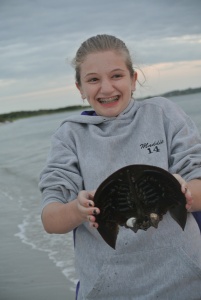 Kitchen, I excitedly talked to Neeti about what we’d seen and we discussed ways to use this research in our story. She also told me about her wonderful dog, a boxer named Bobie, and we decided we’d make her a big part of the story. Woof!

I am over-the-moon excited about the beautiful illustrations by Veronica Jones and the chance for Neeti, Veronica, and I to share Moonlight Crab Count with children everywhere.  Horseshoe crabs are fascinating, and they offer a chance for families to take part in a cool citizen science project.

The counting and tagging season is upon us, and there are opportunities for families to get involved and help researchers with their count. Visit horseshoecrabtagging.org and scistarter.com to learn more about counting projects in your area. If you are still not completely convinced to join the citizen science effort learn more on PBS The World’s newest documentary The Crowd & The Cloud. Each week they will highlight different projects and topics. In episode 4 watch for a mention of Moonlight Crab Count!

You can also learn about Jenifer’s book Moonlight Crab Count at arbordalepublishing.com or request a copy at your local bookseller. 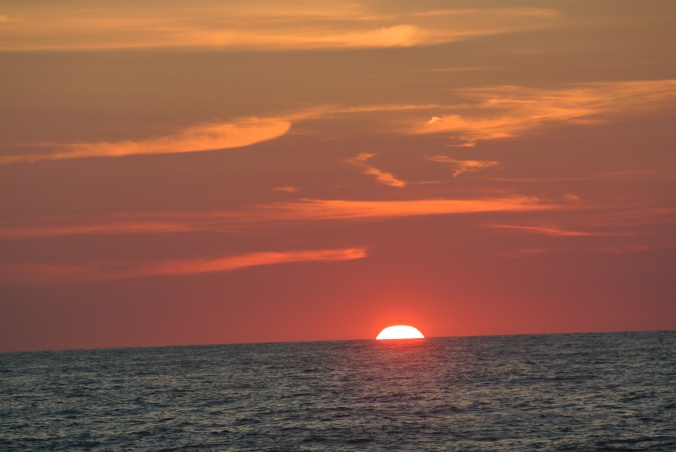